By David O’dornan For Mailonline

Emile Heskey has described meeting Nelson Mandela along with David Beckham as ‘like being a support act for The Beatles’.

England players had an audience with the late iconic South African president in 2003 when they were in the country on a summer tour.

In his new book Even Heskey Scored, the striker said: ‘The trip was more memorable for us all having the chance to meet the great man, Nelson Mandela. It was a real honour for me, the first time I had ever been to Africa. 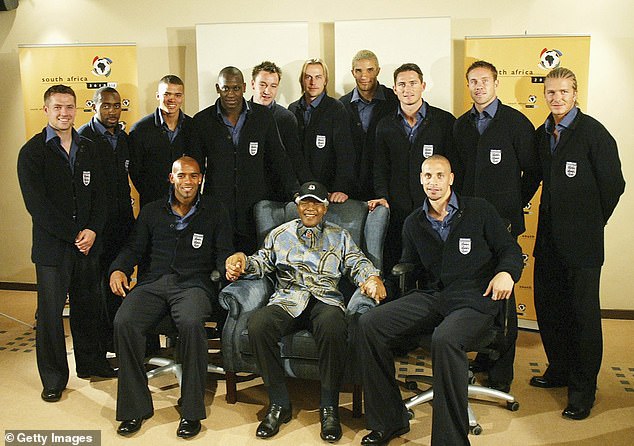 Emile Heskey (back row, fourth left) has described meeting Nelson Mandela (centre) along with David Beckham (back row, right) as ‘like being a support act for The Beatles’ 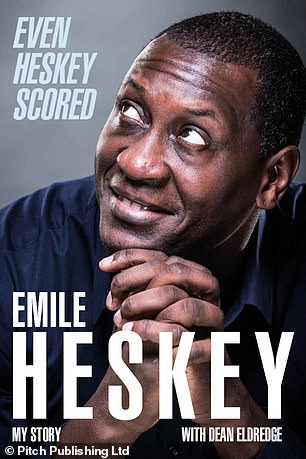 ‘Mr Mandela may have been older by then, but he had an amazing aura about him, even then. Having him and Becks together in one room made sure that we were all the sidekicks!

‘It was like being a support act for The Beatles or something! I was cool with that. I was very excited about meeting him and, unsurprisingly, we were all trying to nudge people out of the way to get nearer to him, which comes across in the photos as well.

‘He did so much for people, not just in his country but across the world. He must have been so scared, but he kept his belief throughout his ordeal in prison and fought for what he knew was fair and right.

‘He will be talked about throughout history, forever, so I felt privileged to be in a room with him. It was a humbling moment for us all. Thankfully, my kids will never have to experience that level of abuse, and in a large way that is down to him.’

Elsewhere in his book, Heskey 41, revealed that during the 2002 World Cup Beckham was assigned a team of minders to protect him from being mobbed by fans.

He added: ‘Becks had four security men allocated just to him and hundreds of fans would follow us around Japan, locals by the way, just to get a glimpse of him.

‘It was Beckham-mania and we had never seen anything like it ourselves as players. Grown men would copy his haircut, running after our bus with a Mohican on their head. It was unreal.’ 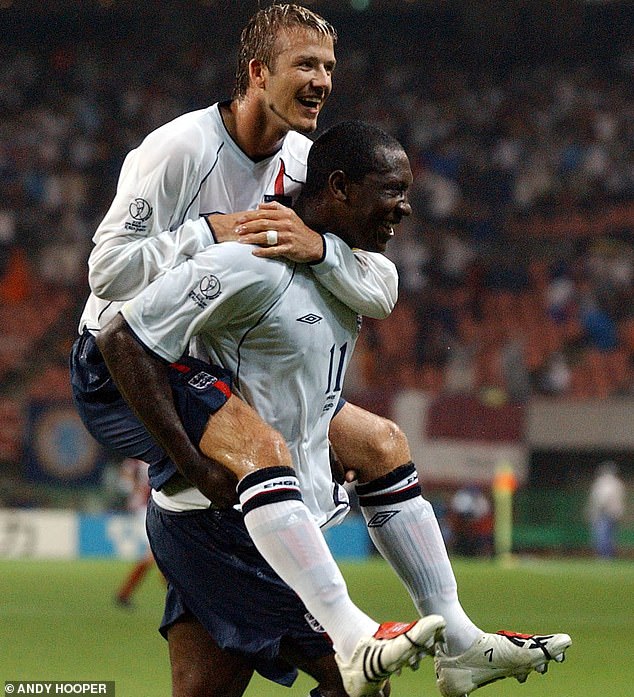 July 14, 2018
We use cookies to ensure that we give you the best experience on our website. If you continue to use this site we will assume that you are happy with it.Ok