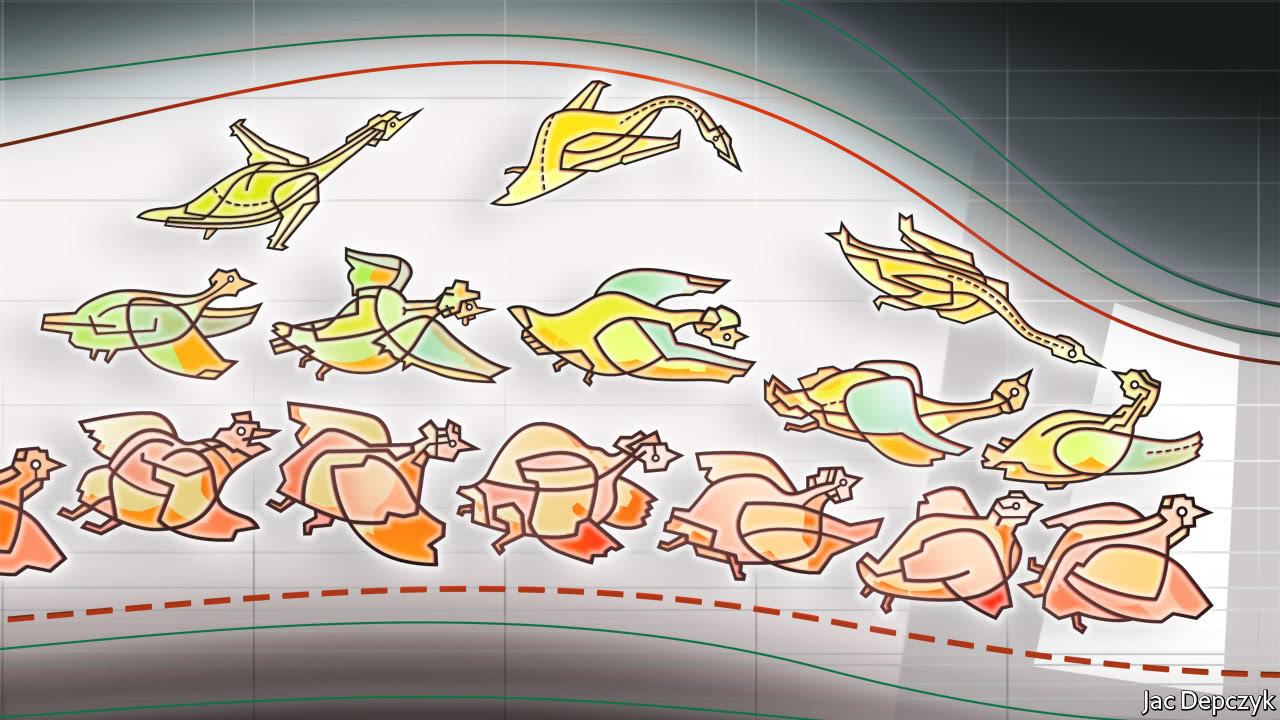 IN 1996 Alan Greenspan began asking why the flashy information technology spreading across America seemed not to be lifting productivity. He was not the first to wonder. A decade earlier Robert Solow, a Nobel prizewinner, famously remarked that computers were everywhere but in the statistics. But Mr Greenspan was uniquely positioned, as the chairman of the Federal Reserve, to experiment on the American economy. As the unemployment rate dropped to levels that might normally trigger a phalanx of interest-rate rises, Mr Greenspan’s Fed moved cautiously, betting that efficiencies from new IT would keep price pressures in check. The result was the longest period of rapid growth since the early 1960s. Despite his success, few central bankers seem eager to repeat the experiment and many remain blinkered to issues other than inflation and employment. That is unfortunate. A little faith in technology could go a long way.

Central bankers are not known to be a visionary bunch. Turning new ideas into more…Continue reading

Nutanix execs discuss how they built their 2016 IPO roadshow deck

July 8, 2019
We use cookies to ensure that we give you the best experience on our website. If you continue to use this site we will assume that you are happy with it.Ok