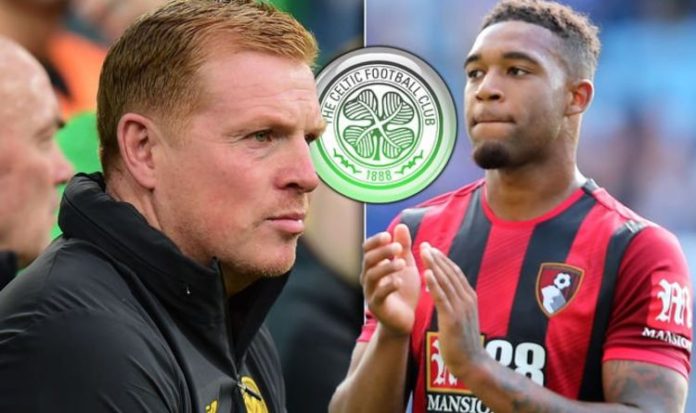 Celtic were close to signing Jordon Ibe on loan from Bournemouth before the transfer deadline passes, but the deal fell through over his wages, according to Football Insider.

Hoops boss Neil Lennon was keen on attracting Premier League stars to Parkhead that had fallen down the pecking order.

Celtic had been in touch with Bournemouth over the proposed move, and they even submitted an official bid for the 23-year-old, the report claims.

But, the deal is now off the table, even though Ibe was interested in a move to the Scottish Premiership.

Ibe’s £40,000-a-week contract proved to be the stumbling block in negotiations.

Celtic would struggle to finance paying for the player’s entire wage packet, and would need the Cherries to subsidise the move.

Ibe was interested in a move to Celtic in an attempt to reinvigorate his career, with his progression stalling since leaving Liverpool.

The winger has only made two appearances for the Cherries so far this season – both of which came from the bench.

Ibe was considered a hot prospect during his time at Liverpool, and even made 27 Premier League appearances for the Reds at 19 years old (doesn’t need hyphens when it’s plural) during the 2015/2016 season.

But, after moving to Bournemouth in search of first-team football in 2016 for £16million, he’s failed to kick on with his career.

Ibe has scored just five goals in 91 appearances for the Cherries, as well as providing nine assists.

This season, he’s fallen down the pecking order at Bournemouth after the addition of Liverpool’s Harry Wilson on loan.

When Celtic’s move for Ibe fell through, Lennon turned his attention to Southampton’s Mohamed Elyounoussi.

The Hoops confirmed his signing on a year-long loan last week.

The Saints midfielder said he’s looking forward to the “huge challenge” at Celtic Park, and is keen to get started straight away.

“The season has already started so I need to be spot-on and I’m just looking forward to getting started,” he said.

“I like the way Celtic play and I can see myself fitting into that.”

March 19, 2018
We use cookies to ensure that we give you the best experience on our website. If you continue to use this site we will assume that you are happy with it.Ok